Maui County GMO Moratorium was ruled invalid by the U.S. District Court Judge Susan Oki Mollway. It was another clear case of failed Democracy in the U.S. and Hawaii. Majority of residents of Maui County voted in favor of GMO Moratorium to ban GMO use until proven safe. However, on Tuesday, June 30th 2015, Susan Mollway ruled that the ordinance creating the prohibition exceeds the county’s authority and that federal and state laws supersede county laws. Maui County spokesperson said Maui County will abide by the ruling. The ruling, which essentially overturned majority people’s vote in favor of the 1% of farms on Maui – the GMO farms and the chemical biotech corporate giants behind those GMO farms.

On November 4th, 2014 the people of Maui County voted in favor of the GMO Moratorium, also known as GMO Initiative to ban the cultivation of GMO crops until proven safe. Biotech companies spent around $8 million dollars in an attempt to defeat this bill by confusing the people and applying fraudulent fear tactics to their marketing campaigns using broad untruthful and misleading slogans such as calling the measure a “Farming Ban,” even though there was only a ban on GMO cultivation until proven safe and most of Maui farms don’t grow GMOs.

That’s great news for Maui, Hawaii, and even the whole of the U.S. since the fight against the biotech giants is not an easy one, especially due to the fact that they are hand in hand with the federal, as well as other branches of the U.S. government with billions of dollars at their disposal. While GMO labeling measures failed in two other states during the 2014 U.S. general election, the people of Maui were able to really grab the bull by the horns by passing a GMO Moratorium to ban GMOs until proven safe, while spending less than $100,000 on getting the word out, compared to $8 million spent on similar efforts by the biotech giants such as the infamous Monsanto.

Maui GMO ban is not the first time Hawaii voted against GMOs. Recently the Big Island of Hawaii banned the cultivation of any new GMO varieties, while the island of Kauai passed measures to limit GMO technology. The anti-GMO movement is continually growing, as people are becoming more aware of the health risks and other environmental hazards associated with GMOs. Many people who live close to GMO cultivation or have worked with GMOs know first hand that GMO cultivation is a health hazard.

One day after the passing of the Maui GMO ban Monsanto Co. and Dow Agrochemicals filed a lawsuit against the Maui GMO ban, a federal judge U.S. Magistrate Judge Barry Kurren blocked Maui GMO ban until December 1, 2014. The reason for the lawsuit against the GMO ban and the blocking of the law by the federal judge is that Maui GMO ban would cause irreparable damage to the biotech industry. The reason for upholding the law is that the GMO biotech industry is causing irreparable harm to the health of Maui residents, as well as the ecosystem.

Hawaii remains the world’s GMO capital, where many new GMO varieties are constantly being developed due to a year-round growing climate and a central location in the Pacific Ocean between Asia and the Americas. However, as more and more people become aware of the dangers of GMOs – more and more people disapprove of GMO and pass laws to protect themselves Hawaii and beyond. 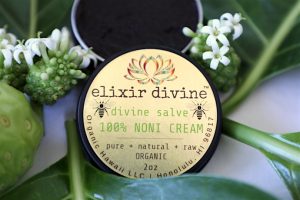